Professor of Entrepreneurship and Innovation 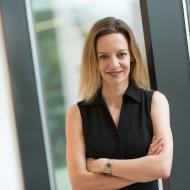 A specialist in entrepreneurship and strategy in technology markets 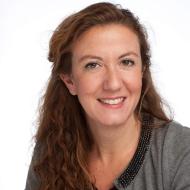 'Adapt or die' was an oft-repeated mantra in the business world during much of the 2010s.

It was embraced by many dyed-in-the-wool corporations who, in order to navigate the disruptive tech landscape or future-proof operations against the oncoming rise of AI, radically overhauled their business models.

The decade’s digital Darwinism didn’t prompt every business to evolve; many opted to take a more monolithic route, steadfastly sticking to old processes. The devastating toll of the Covid-19 pandemic, however, has since forced many more to change their minds.

One doesn’t have to look at the never-ending litany of gloomy economic predictions (the IMF now estimates a global contraction of 4.9% for 2020) or seismic societal changes (remote working reconfiguring the concept of ‘work’) to realise that businesses are facing a critical conundrum right now. Should they just hit ‘replay’ and expect the way they conducted business to be exactly the same in the post-pandemic world? Or should they ‘renew’, either by pivoting their business model, or, scrapping everything they know and starting again?

Both have their downsides: 'replay' (or carrying on as normal) won’t work because the pandemic has introduced some new requirements to the way in which we now have to physically co-exist as a species. Space, air, surfaces – all those resources that we’d previously taken for granted – now come with heavy restrictions placed upon them and caveats surrounding their use. For those industries that have ground to a halt during the pandemic such as aviation, fashion, retail or tourism, it won’t be ‘business as usual’, at least not for the foreseeable future.

'Renew' is the only option but it is not an easy one. After all, established companies in traditional – or ‘legacy’ – industries that haven’t experienced change in many years might find it difficult to adapt.  Some are anchored to supply chains and networks that are too entrenched to fix; others have invested ‘sunk costs’ into factories or expensive office-space that they won’t recoup.

One example is the airline industry. The pandemic means that safe distancing, scrapped trolley services and mandatory face coverings are set to become the defining aspects of travelling at 35,000 feet in the coming months and years; all in marked contrast to what aviation giants have actually been working on for the past two decades. The main trend in product design for airline firms this century has been maximising the efficiency of space. In the 1960s, Boeing designed the 737 to have 50 to 60 seats; today, Ryanair’s fleet of Boeing 737-800s each have a passenger capacity of 189.

There is, therefore, a clear clash between how airlines have been innovating in the past and what the design requirements will be for the post-pandemic future.  The implications for the industry are profound, perhaps even ending the era of budget air travel. In April, the International Air Transport Association, said that roughly a third of seats would remain empty if airlines adopted physical distancing, forcing them either to raise ticket prices by at least 50 per cent or risk bankruptcy.

Adjusting cabin design in accordance with the new coronavirus restrictions is a logistical nightmare for traditional carriers, often requiring refurbishing entire fleets. New entrants in aviation, such as supersonic jet manufacturer Boom, aren’t beleaguered by such problems. Founded by pilot Blake Scholl in 2014 because, “I was sad I never got to fly on Concorde”, the Denver-based startup is hoping to offer the first post-pandemic jet design with appropriate spaces and clean air filters.

In our recent interview with Scholl, he reiterated why the airline industry should focus on 'renew' rather than 'replay':

Airlines have basically gone through this incredible shrinking exercise with their fleets. Delta got rid of all their 777s, Emirates are getting rid of half their A-380s, these are things that nine months ago would have been absolutely unthinkable. But when we start to come out of this recovery there’s going to be this appetite for growth again and for differentiation.

As Scholl has pointed out, the airline industry is currently mired in chaos. In particular, passenger demand has slumped: a recent report by the International Civil Aviation Organisation estimated international passenger traffic for 2020 had dropped 55-67% from the year before. As Guillaume Faury, Airbus chief executive, recently said, 'We are now in the midst of the gravest crisis the aerospace industry has ever known.'

Investors are clearly unsatisfied with the growth potential of the civil aviation industry, despite manufacturers desperately trying to lower their costs. Mass lay-offs from across the supply chain have become prevalent. In June Airbus announced plans to cut 15,000 jobs. Meanwhile, Boeing has slashed 16,000 roles, and Rolls-Royce – which manufactures jet engines – is shaving 9,000 jobs from the payroll, almost a fifth of its workforce.

However, great disruption can represent opportunities for new and adaptive businesses.  One example is Boom's upcoming launch of the supersonic jet, Overture, will allow them to have flexibility in their cabin design to accommodate social distancing due to their 1 + 1 seating configuration. CEO Scholl explained:

'If you say what durable changes will there be in aviation as a result of Covid-19, well, people will definitely want less time on aeroplanes.  And they will prefer aeroplanes with more personal space. So an aeroplane that happens to have no middle seats to begin with is going to be great. And there’s a lot of things that we’re now folding into Overture – the first post-pandemic new aeroplane design, from individual air supply to how to make the cabin easily disinfected, how to provide incremental safety through cabin air flows between passengers.'

Doubts over the environmental impact and economic viability of supersonic air travel – not to mention the regulatory challenges – may yet thwart the ambitions of companies working in the sector. However, firms such as Boom, Boston-based Spike Aerospace, and Aerion (currently developing an AS2 supersonic jet in Nevada) are early in their design cycle and therefore able to tweak their design to suit the ‘new normal’. For example, an aircraft interior be changed dramatically after the structural element of the aircraft has been finalised. This gives these companies an edge over incumbents that have been focused on minimising cabin space in order to squeeze more and more passengers onto each aircraft. With changing guidelines and shifting passenger sentiments, these companies have plenty of freedom to alter the layout of their aircraft in coming years.

The job cuts at major airlines also, conversely, represent an opportunity for many new firms. Boom's CEO notes that airline redundancies has meant more engineering talent is available on the market. The company has also increased supplier partnerships during this period.

That isn’t to say that the manufacturers of supersonic aircraft haven’t escaped the financial vicissitudes of Covid-19. Before the crisis, Boom’s main customers were airlines; several major carriers had placed orders with them before their first demo flight had even taken place. Scholl admits that this avenue for funding has now closed entirely due to airlines’ troubles during the pandemic. He reflects:

'You can't go to an airline and make any kind of fleet deal right now, and it would be somewhere between unproductive and tone deaf to even try to do it.'

Despite this, Boom has found that investors are willing to rethink business to align with a post-pandemic world, perhaps drastically changing the products we use. Scholl says:

'When we talk to investors about how we actually use this crisis to leverage us forward, the typical response we get is, “Wow, we love how you’re thinking about it.” In some ways it’s very similar to the default investor mindset, where there’s a crisis, they say, where are the unique opportunities that we can take advantage of now?'

The experience of these new aviation firms has had several key takeaways for us regarding innovative ventures that need to survive the pandemic.

-       First, the Boom case shows how ventures that are in the midst of their product design process can tweak their products and services for a complete ‘renewal’ in the industry that accommodates customers’ changing demands and desires in the post-pandemic world.

-       In addition, a ‘halt’ in the industry can allow ventures to attract top talent and suppliers that they might not had the opportunity to work with before.

-       Of course, this is always dependent on the ventures’ ability to continue to attract investors during the pandemic with a vision to entirely ‘renew’, rather than ‘replay’ an industry that has come to a drastic stop during the crisis.