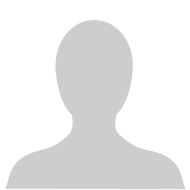 David is a Teaching Fellow for the Smart Space MBA elective and coordinates the work of the Oxford Space Initiative. He is also a member of the Oxford Strategic Innovation teaching team.
Business: the next 25 years Space Entrepreneurship Digital disruption Marc Ventresca
Listen to the article

Indeed, the current, commercially driven space age has the potential to influence our lives and reshape economies just as profoundly as the digital revolution. Or, as Oxford alumnus and Space Capital founder Chad Anderson says: ‘In the same way that every company today is a technology company, every company of tomorrow will be a space company.’

Space Capital recently published its Space Investment Quarterly report, which states that $8.9bn (£6.5bn) of private investment had gone into space-related companies and projects in 2020. Meanwhile, Morgan Stanley is projecting that the revenue generated by the global space industry may exceed $1trn by 2040. The US banking giant also predicts that satellite broadband could represent anything from 50%–70% of projected growth for the global space economy by that date.

Private investment in space projects is nothing new. The Guggenheim family supported Robert H Goddard, who invented and launched the first liquid-fuelled rocket in 1926. But today, the wealthiest people in the world do not simply see space as an opportunity to live out their childhood aspirations to explore the stars.

'Firms in every industry are staking their claims within the space industry,’ says Marc. ‘I am a historically minded person, and I see activity comparable to the rise of the automobile industries in Germany, the UK and the US from the 1890s to 1910s.

‘Before there was such a category as “automobile,” scores of firms – manufacturers of steam engines or bicycles or train carriages or other elements among incumbent industries – recognised that they could use their expertise to shape the new “horseless carriage.” It’s the same today, with firms from different industries leveraging their core capabilities to get involved in the space sector – and then transforming their original business.’

In the UK, the heart of space innovation and investment is the Harwell Space Cluster. Around 25 miles from the School, it is home to 105 ventures, some of them launched by the School’s alumni. They include Richard Johanson, CEO of Archangel Lightworks, which uses laser technology to improve data and communications infrastructure for the aerospace sector.

Little Place Labs was founded by a group of space-loving Executive MBAs from the School. They look to bring machine-learning capabilities from ground to space by building models that can run on satellites to predict time-sensitive events like wildfires and floods in near real-time.

Deep Planet, founded by other Executive MBAs alumni, is using AI and satellite imagery to detect soil carbon. This is not only important for mitigating climate change but can also improve the general soil quality, vital for viniculture. Finally, Routemasters was born out of the School’s GOTO (Global Opportunities and Threats: Oxford) programme by a recent MBA. Using anonymised data from mobile phone signals, they provide services to help megacities across Africa such as Lagos, Nigeria manage traffic congestion and improve its public transport systems, which, in turn, would reduce pollution and enhance productivity and gross domestic product (GDP).

Marc says two key factors are driving the rapid commercialisation of space. ‘It’s no longer just about launching rockets to explore the cosmos. It will increasingly be about solving problems back on Earth. Or as some people might say: “There’s space for space. And there’s space for Earth.”’

The second relevant point is the transition from a NASA – or public agency-dominant ecosystem to a transitional era, with companies such as SpaceX, enabled by high levels of government subsidy, and now the current era of substantial privately funded ventures.

Indeed, many national agencies have stepped back from such direct launch activity, and now collaborate in novel ways with private firms instead.

It’s not just about launching rockets to explore the cosmos any more – it will be about solving problems back here on Earth.

These dramatic shifts in the global space sector provide many opportunities and challenges to entrepreneurs, policymakers and social sciences researchers.

To better understand the critical issues of space commerce and governance, Marc and his colleague Lucas Kello assembled a diverse, talented research group.

‘The University has a long-standing interest in building a profile in the European and global space sector,’ says Marc. ‘So, we convened a small research team of colleagues from different social sciences fields, along with students and alumni who work in the space sector, and we got down to (research) business.'

As one of their first projects, they produced the Oxford Smart Space Series, a series of online discussion panels with experts from all sectors and expertise. This makes visible the opportunity for the School to be at the forefront of research and thought leadership about the business of space.

‘Our lab team now has a project looking at geospatial analytics, how the data from satellites will become available and commercially viable,’ says Marc. ‘The work is instructive and challenging, building from my core research focus and prompting me to ask fresh questions and look at new data.’

The project investigates the commercial markets that are forming  based on data from space. The detail of the Earth observation data can be extraordinary – at times, granularity of often five metres – and relevant for dozens of industries: water, energy, agriculture and a range of social processes like migration. It may also prove useful for defence and intelligence. And these further opportunities raise critical issues around cybersecurity and privacy.

There is an issue that both Marc and Lucas are keen to address, which could limit our ambitions beyond planet Earth. Currently, more than 27,000 pieces of space debris are circling low Earth orbit. They include defunct satellites, fragments of spacecraft, toolkits and even a tank of ammonia. If satellite broadband businesses such as SpaceX’s Starlink, Amazon’s Project Kuiper, ViaSat and UK-owned OneWeb are to deliver high-speed broadband to the most remote parts of the world, then launching thousands of satellites will eventually require somebody to remove the existing junk moving at high speeds in space. The constellations will in turn generate further debris, resulting in higher risks of collision and damage.

‘Our Oxford Space Initiative team is in conversation with Astroscale, which is leading the race to do just that and mitigate space debris dangers,’  says Marc. ‘Last year, Astroscale generated just short of $200m-worth of funding. But their early successes make visible still more complexity. A US-owned company is not allowed to remove satellites owned by China and vice versa. Satellites may hold sensitive data and information, so they remain the property of the government that registered them. But because nobody “owns” space, there is no uniform approach to its governance.

‘Space debris could be the proverbial canary in the coal mine. But once we learn how to manage these issues, we will have also necessarily learned how to take offensive action for other things that we care about, like GPS. There will always be a security and a defence element to space and data.’

In Lucas’s first book, The Virtual Weapon and International Order, he explains that historically we have given states sovereignty over physical land mass, authorised violence and taxation. However, today firms such as Google, Meta, Apple and Amazon have a far greater capacity than any state – with the exception of China and the US – to determine cyber competition and even manage cyber war.

Lucas argues that cybersecurity is a test case where we see the ways that advances in technology have reduced the sovereignty of the state and given primacy to tech firms.

The world’s most powerful economies will need to collaborate – but the prize for forging the rules of the game is that space presents limitless possibilities.

The Artemis Accords sets out a series of guiding principles around space and governance, but only 12 countries are signed up to those accords. Ultimately there needs to be a collaboration between many parties, including the world’s most powerful economies, leading tech firms and also the other key stakeholders for the long-term stewardship of space as a commons. The prize on offer for creating the rules of the game is that space presents limitless possibilities.

To give one example, Elon Musk said he wants to use the profits from Starlink to establish a SpaceX base on Mars. Houston-based Nanoracks has been backed by the Abu Dhabi Investment Office to develop orbiting greenhouses that will create super-resilient crops that can grow in the harshest of environments back on Earth, should our worst fears about climate change be realised.

Marc is keen to grow the Oxford Space Initiative into a core research group that convenes expertise across social sciences researchers at Oxford: ‘As with any kind of new research initiative, one primary goal is getting the research funded and in process.

‘A second is to build partnerships and collaborations with several key firms and agencies to create a shared knowledge base. We are very interested in creating collaborations around innovation ecosystems that involve government activity and private entrepreneurship to create sustainable economic growth. We alert and engage colleagues across the social sciences, who study strategy and rivalries, or study climate change and how we can predict fires, or who work in robotics or in artificial intelligence. This work is about mobilising that pool of knowledge and research at Oxford to create commercial value for the world tomorrow and the days after.

‘This is the promise and project for the work of the Oxford Space Initiative, to coalesce a robust social sciences voice to engage the already well-developed communities of researchers in the physical and natural sciences and engineering.

‘We are at the beginning of recognising and consolidating social science research carried out by many colleagues all over the University who do pieces of work that become relevant when we think of space as a sector. Because space is the new digital, right?’

David is a Teaching Fellow for the Smart Space MBA elective and coordinates the work of the Oxford Space Initiative. He is also a member of the Oxford Strategic Innovation teaching team. 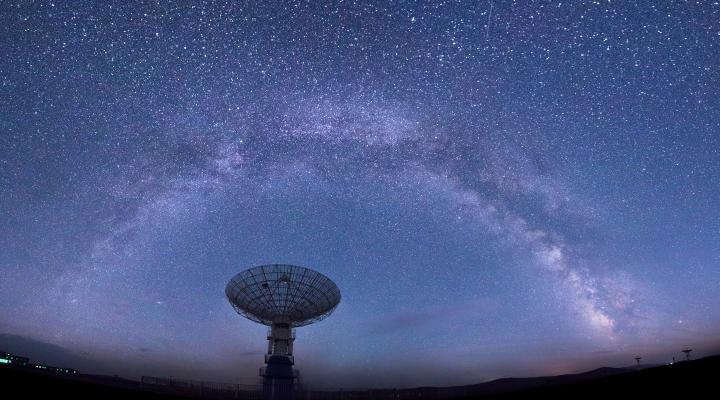 Expert comment
Eamonn Molloy
From space to place and back again 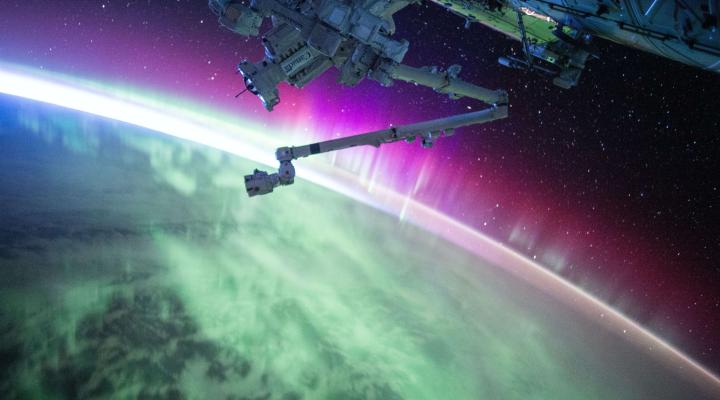 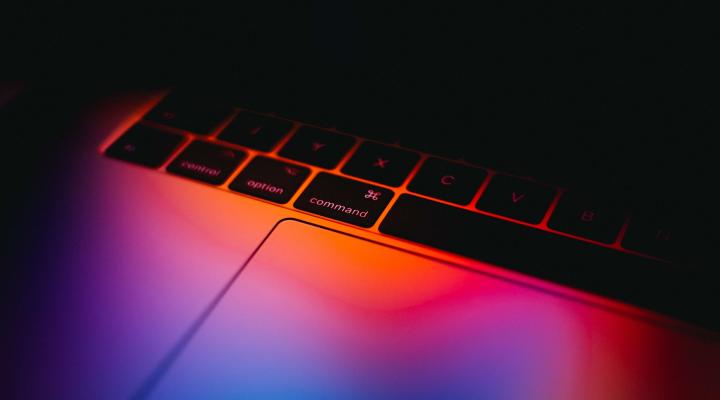