Why accountancy can save business 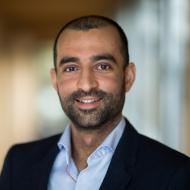 The School has seen the emergence of an unusual trend in recent years: students are showing up to lectures wearing T-shirts emblazoned with the slogan ‘Only accountants can save the world’. This positioning of number-crunchers as superheroes is no student joke. Ever since Peter Bakker, President of the World Bank Council for Sustainable Development, told the UN Rio+20 conference in 2012 that ‘accountants would save the world’, the idea has taken root that the solution to climate change and systemic workplace inequality might not come from planting more trees or HR diversity videos, but from a dramatic reconfiguring of balance sheets and profit-and-loss statements.

At the COP26 climate summit last November, the creation of the new International Sustainability Standards Board (ISSB) was announced, with the aim of displacing the current ragbag of voluntary accounting guidance on reporting business climate risk with a new set of global standards. By doing so, it is hoped there will be greater transparency, fewer corporate scandals and more accountability for polluting companies. If we are ‘living in an era of warrior accountants’, as Financial Times journalist Gillian Tett argues, then there has arguably never been a better time to shake up the standards they use every day.

‘Over the next 25 years, corporations will see a fundamental shift in the nature of our accounting system,’ says Emeritus Professor Colin Mayer. ‘We’re now at the stage where we’re realising that we’re measuring profit inappropriately for the 21st century and that [reporting] should be less centred on generating returns for investors. It mirrors exactly what happened nearly 100 years ago during the Great Depression, when the first accounting standards were introduced.’

As governments and businesses transition to lower-carbon economies, and with social issues increasingly prevalent on the boardroom agenda, new accounting standards could identify firms with ineffective climate management and poor diversity records.

A new set of global standards is sorely needed: recent research by think-tank Carbon Tracker revealed climate impact was absent from the financial statements of more than 70% of the 107 global firms it analysed. As for those businesses that do engage in environmental, social and governance (ESG) reporting, they usually do so by selecting standards from a dizzying array of competing frameworks.

It’s hoped the ISSB will provide a de facto, one-size-fits-all global standard which should stop ESG being a ‘Wild West for reporting, with each company reporting whatever metrics they think are useful’, as Amir Amel-Zadeh, Associate Professor of Accounting at the School, describes it.

‘Companies look upon these frameworks for inspiration on how they should report, but the frameworks are so different, sometimes even conflicting,’ he adds. ‘I think we’re now at the tipping point… It makes sense to have them under the same umbrella foundation.’

Current ESG metrics prevent investors and other stakeholders from making easy comparisons between companies, which in turn makes it easier for firms to greenwash, as Alex Nicholls, Professor of Social Entrepreneurship, said recently in The Great Reset: ‘For some companies, ESG reporting is not really doing much else than taking out tobacco and arms from people’s portfolios and making them seem nicer.’

There is another reason why accounting standards need to be overhauled. As Colin pointed out, existing standards are nearly a century old, created in an age when Henry Ford and Bethlehem Steel were industrial giants. In today’s world, where the value of tech behemoths such as Google, Uber and Airbnb is less reliant on physical stock, these accounting standards are not an accurate barometer of intangible assets such as brand value and intellectual capital.

‘If you compare the market value of a firm to its accounting book value, there’s a massive gap,’ says Amir. ‘Take Apple: it has an almost $3 trillion market valuation, but the actual book value of equity is $75–100 billion. This means the market assigns an additional value to Apple that isn’t on the balance sheet: intangibles such as brand value. From an investor’s standpoint, having [non-profit-led standards] becomes important because it sheds a light on risks not captured elsewhere such as reputation, skills and training of the workforce, plus diversity issues.’

At present, the absence of accounting standards on intangible assets (aside from maybe the International Standards Organisation’s ISO 10688) means many accountants make ballpark estimates of areas such as brand value – with such rough-and-ready guesswork potentially impacting future brand performance.

Until the ISSB develops a full set of sustainability standards, companies may be cajoled into action on impact reporting by their governments. In October 2021, New Zealand became the first country in the world to force companies to reveal and act on climate-related risks, this April in the UK it became mandatory for large firms to disclose any climate-related financial information and the US Securities and Exchange Commission just recently published draft proposals requiring companies to include climate related risks in their financial disclosures.

We’ll be measuring very different things, so businesses will need to have systems and specialised teams in place to gather and understand the data.

Once new accounting standards are introduced, there could be some critical changes for businesses. New roles could emerge, particularly in data-gathering and ESG.

‘Today, financial reporting needs accountants because the measurement basis is a monetary value,’ says Amir. ‘But when we’ll be measuring very different things, businesses will need to have systems and specialised teams in place to not only gather the data, but to understand it too. You’ll also see a significant increase in demand for experts in ESG, carbon, sustainability and social issues.’

The C-suite could also change, says Amir: ‘On a leadership level, it’ll require a much broader knowledge and skillset at the board level to integrate these issues into strategy. They will need to embed this into the DNA of their company.’

There will also be ‘increased pressure on companies’ he says. ‘With better information from good reporting, we’ll see laggards on ESG issues being punished much more heavily than they are now. Big polluters will have more difficulties raising finance.’

Revamped standards could radically transform the profession of accountancy too: ‘CFOs and accountants’ offices will need to understand ESG issues much more and work closely with sustainability managers. They’ll need to become well versed in the financial impact of sustainability issues, because that’s what investors are thinking of,’ says Amir.

‘Disclosing information according to standards and having a framework/rule book is one thing, but you will also need to enforce it. Enforcing means auditing – so you will need to have auditors who understand the information and know how to order it. That will require a whole different skillset.’

To accurately report ESG and other intangible assets, the balance sheet and income statement that have formed the bedrock of double-entry bookkeeping for centuries could change, as highlighted in the Accounting for intangible assets report, co-authored by the School’s Richard Barker, Professor of Accounting, and published in 2021.

There is also the question of how impact issues should be presented within company reports. ‘There’s a discussion about whether we should measure them in monetary values and put them all on the balance sheet, and include them in a triple bottom-line profit,’ says Amir.

‘However, I’m not so sure whether it’s a good idea to put a monetary value on environmental and social issues.’ He foresees ESG issues appearing in separate reports, with ‘integrated accounts for investors so they can understand the value implications’.

Even financial reports themselves face an overhaul, becoming, at least in part, more readable and accessible rather than impenetrable 500-page PDFs. ‘We could see a bifurcation where technical details will be in one part of the report, with strategy and narrative sections in another,’ says Amir. ‘Reports will also need to be in computer code, which will require a whole rethink of what they look like in order to make them machine-readable.’

Financial reports in the future may also include reporting on gender and ethnic pay gaps, diversity and inclusion, detailed scrutiny of supply chains and even animal welfare and human capital. The impact of a company’s social media on its consumers may also appear: pertinent in an age when companies such as Meta, which owns Facebook and Instagram, is regularly criticised for allowing misinformation and damaging mental health.

Creating the ISSB is a big step forward because we need standards to make ESG information comparable across firms.

The path to the ISSB’s standards being adopted may take many years and won’t be easy, says Amir: ‘Expect conflicts: there will be greenwashing and misreporting on different issues. We’ll need to sort these out.’

However, the corporate world is increasingly coming close to having a set of accounting standards that reflects the realities of 21st-century business. ‘It [the ISSB’s creation] is a big step forward because we need a set of standards that makes ESG information comparable across different firms. It’s quite a big step, but sustainability is still a relatively young field. To have reached a stage where international bodies are now thinking of these standards is astonishing.’

Amir's research examines the effects of companies’ financial and non-financial information disclosures on capital markets and the mediating role of accounting standards and information intermediaries.

The switch: Negotiating between normality and crisis 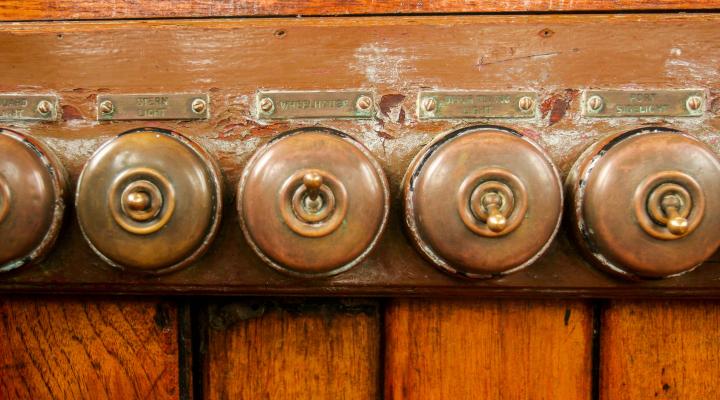 The imperative for impact measurement 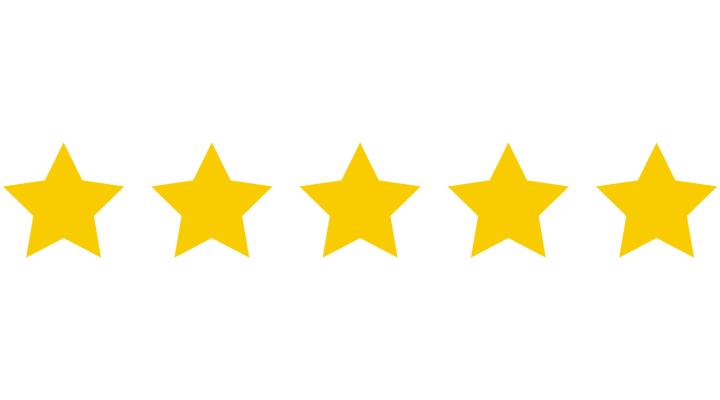 Research
Karim Harji, Alex Nicholls
The imperative for impact measurement
Back to top