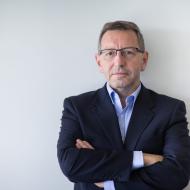 136 countries have committed to the OECD’s tax reforms, a ‘once-in-a-lifetime opportunity’ to overhaul international tax.

In October, 136 countries and jurisdictions – representing more than 90% of the global economy – committed to a milestone two-pillar plan to reconfigure international taxation rules, which included setting a global minimum corporation tax rate.

The proposed framework, created by the Organisation for Economic Co-operation and Development (OECD), was momentous for many reasons, not least that it represents the first major overhaul of the international tax system since terms agreed at the League of Nations in the 1920s. It’s a ‘once-in-a-lifetime opportunity’ to end tax abuse, according to former OECD Secretary-General Angel Gurría.

The framework aims to tackle some of the important issues that have bedevilled international tax over the past few decades: namely, the practice of profit-shifting by multinational corporations and the fierce competition over corporate tax rates. It’s hoped that the agreement will end this era of aggressive tax avoidance.

Taxing rights on more than $100 billion (£73bn) of profit of the largest multinationals will be allocated to those market jurisdictions where they make sales, regardless of whether or not they have a physical presence in that country.

Put simply, it will ensure large corporations and tech behemoths – such as Meta, Apple and Google – will pay more tax in the markets where they make their money. It is hoped this will curb the practice of profit-sharing, which sees some multinationals transfer their profits to tax havens and low-tax nations.

Taxing profit in the market country is a truly radical reform, which Professor Michael Devereux was the first to propose in 2002. He has since developed more detailed proposals for doing so, most recently set out in his 2020 book Taxing profit in a global economy. Pillar One follows Michael’s proposals in spirit, although some of the details vary.

The introduction of a global minimum corporate tax rate of at least 15%. Setting such a benchmark is intended to limit some of the fierce competition – or ‘race to the bottom’ as Germany’s Minister of Finance and now Chancellor, Olaf Scholz, put it – over corporate income tax rates, which have been falling steadily for the last two or three decades.

The OECD estimates a global minimum corporate tax rate could generate around $150 billion in global revenues, helping to repair national balance sheets that have been ravaged by the economic shocks of Covid-19.

Michael commented: ‘It’s been known for some time that multinationals find it easy to shift their profits from high-tax countries to tax havens,’ he says. ‘The 2008 financial crash provided an initial impetus to reform the tax system, but achieving multilateral reform is extremely difficult.'

In the 21st century, accountants have become particularly skilful at finding loopholes in tax rules between different countries, while often using an intricate web of companies to help multinationals move profits and minimise tax. The rise of the digital economy over the past 20 years – which means corporations no longer need a physical presence in a country to do extensive business there – has made such profit shifting easier, and hastened calls to modernise the international tax system.

Leaders have also spoken out in favour of reforms. Since coming to power in January 2021, US President Joe Biden has been a vociferous critic of profit-shifting and his administration has outlined plans for an international base rate.

Although the intention is that US tech giants will be forced to pay more taxes to national governments, Silicon Valley has broadly welcomed the deal. Nick Clegg, Meta’s Vice President for Global Affairs, called the OECD agreement ‘a significant first step towards certainty for businesses and strengthening public confidence in the global tax system’.

However, even though these firms will pay more tax, Michael raises the concern that the cost might be passed on further down the chain: ‘If we tax Google more, will that higher tax ultimately be borne by Google’s shareholders around the world? Or will Google pass on the tax to its customers in higher prices, or to its workforce through lower wages?’

End of the breaks

Although they are now signed up to the agreement, some EU countries with low corporation tax rates – including Ireland, Hungary, Estonia and Cyprus – had initially refused.

Ireland has a corporate tax rate of 12.5%, which it argues attracts multinationals such as Google, Meta and Pfizer to establish offices there. Irish finance minister Paschal Donohoe estimates the country could lose up to €2 billion (£1.7bn) a year.

Yet, it was revealed in July that an Irish subsidiary of Microsoft (Round Island One) generated a profit of $315 billion (£222bn) in 2020, equal to nearly three-quarters of Ireland’s GDP, despite having no employees in the country.

‘Politically, Ireland wants to keep 12.5%, but going up to 15% is only a small amount and won’t make a big difference,’ says Michael. Ireland has now announced it plans to increase its rate to 15% in line with the Pillar Two threshold.

With low-tax jurisdictions such as the Cayman Islands and Gibraltar signing up to the OECD agreement, it could be argued that time is up for those countries whose GDP depends on tax breaks. In fact, intransigent opposition to the reforms could risk making them pariah states.

However, Michael believes that even though the reforms don’t immediately benefit tax havens such as the Cayman Islands, the impact won’t be terminal. ‘If the tax rates are raised to 15% that won’t be so bad for them,’ he says.

October’s G20 meeting in Rome agreed the deal, but there remain obstacles before it can be implemented. ‘Even the countries that have signed the deal might not implement the minimum tax,’ says Michael. ‘It’s quite easy to imagine not everybody will undertake the reforms, because of the incentive to carry on competing as they have been doing. Also, the agreement says that there is no requirement any individual country will have to introduce the minimum rate. But they have agreed that, if they choose to do so, they will implement and administer the rules in a way that is consistent with Pillar Two.’

The individual governments of the 136 signatories also need to ratify the deal. Biden could see his global tax ambitions stymied in the US as the deal will need to be passed into law by both houses of Congress. ‘Republicans are likely to oppose Pillar One,’ says Michael.

Elsewhere, the EU is also planning to launch its own digital tax, but has recently said it will postpone this so it doesn’t hamper the final agreement.

Michael says the deal isn’t perfect, describing it as a ‘messy compromise’. There could be potential pitfalls with Pillar One, which he says ‘only applies to multinationals with global turnover in excess of €20 billion ($22bn), which only affects 78 of the world’s 500 largest companies’.

Meanwhile, the Pillar One stipulation that it affects only those firms that exceed 10% profitability, may rule out one of the world’s largest businesses, Amazon, whose profit margin in 2020 was only 6.3% (the corporation reinvests heavily, so keeps profit margins low for its online retail arm).

Pillars One and Two go in opposite directions

‘A British multinational with multiple sales and subsidiaries around the world, and with profit arising in tax havens, can expect to face tax where it currently has its activities, as now, but also in the place where sales are made (Pillar One) and in the UK (Pillar Two). Moving in both directions simultaneously will make an already convoluted tax system even more complex.’

What the future holds

International tax could also receive further revamps in years to come. In May 2021, the OECD proposed that governments issue higher inheritance taxes, which could prevent the super-rich from exploiting tax avoidance schemes and further fuelling inequality.

As financial assets such as pensions and property have risen rapidly throughout the 21st century, there could be further measures to limit tax breaks on mortgage expenditure and pension contributions.

On a domestic level, as national governments deal with the economic fallout from Covid-19, Michael expects them to raise VAT and national insurance. In the US, Biden has ruled out increasing income tax on those earning less than $400,000 a year, which explains why the US is keen to raise more revenue from taxing profit.

Meanwhile, as many industrialised nations have pledged to move towards becoming low-carbon economies, tax revenue could also be increased on carbon emissions that harm the environment.

Before these taxes become a reality, there remains significant work to do on the OECD reforms, notably a plan for effective implementation. It could take several years before a single additional pound or dollar is submitted to national coffers, but the process has finally been put in motion. That’s as good a start as any.

Professor Michael Devereux has played an instrumental role in developing proposals which will partly come to fruition with the OECD tax reforms. 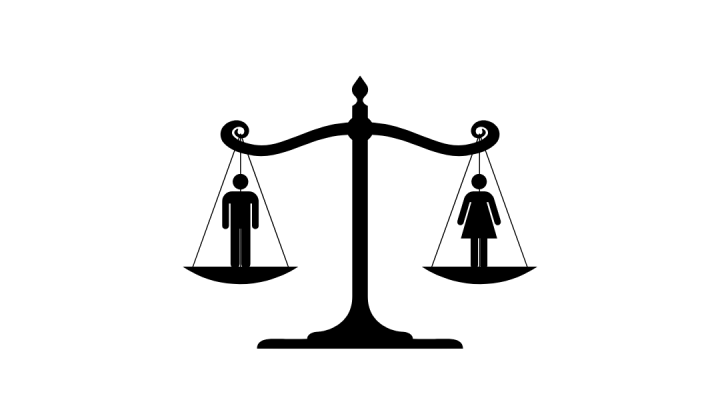 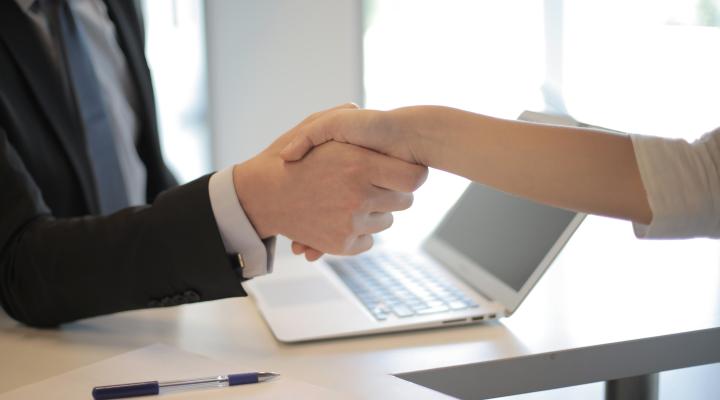 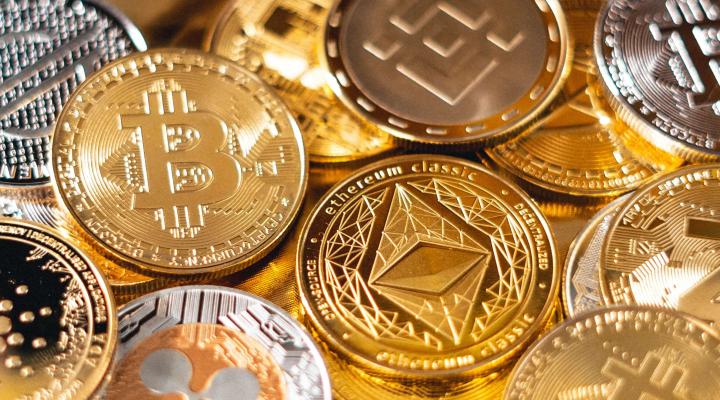