Shifting with the sands: Covid-19 and changing values 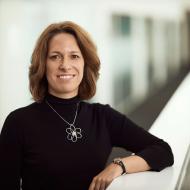 In a democratic society with competing cultural values when it comes to risk, how should our leaders create and manage consensus?

The Covid-19 pandemic is not only a medical and economic crisis, but also a crisis of values and commitments. Different governments and institutions, all confronted by more or less the same risk, have adopted very different management strategies and exit strategies to deal with the same virus. At the root of these differences is the issue of values, and how response strategies accommodate them.

The contrast between the South Korean leadership as an early mover and the United States leadership’s initial denial and slow reaction has already been made.  But is this down to leadership alone?  It is well documented that culture plays a role in policy making, as established by anthropologists Mary Douglas and Aaron Wildavsky in their seminal book, Risk and Culture: An Essay on the Selection of Technological and Environmental Dangers. Social scientists building on that work can help us to understand these national differences in responses to Covid-19.

A science of discontent

Conventional risk management assumes that organisations can be led to respond appropriately once risks have been identified. But living, as we do, in the risk society, intent on economic growth, and addicted to fossil fuels, we are surrounded by risky technologies, facing climate change and a growing inequality between the rich and the poor, and watching over our shoulder for biological, cyber and nuclear warfare.

Douglas and Wildavsky established that the recognition of risks — that is, picking out the relevant ones from an ever-expanding risk universe — is in fact a social process, conditioned by a culture and its values. Since we can’t fight all our battles at once, we must identify and then focus on the values we most want to protect. Thus, societies and organisations are defined not so much by what risks they identify and manage, but by what they decide — whether willingly or reluctantly — to ignore.

The Covid-19 pandemic presents us with such choices. If we do not make them deliberately, we will find we have made them inadvertently. If we do not make them ourselves, we will find someone else has made them for us. What values and priorities, then, are we willing to sacrifice to fight this virus? For instance, once we decide to save lives at all cost, we are in an emergency mode.  But for how long and in what way are we willing to set aside other values that would stand in the way of saving lives at all cost; namely, preserving the economy, pursuing a renewable-energy-transition, and healing the social scars left in the wake of worklessness, isolation and disrupted education?

Leaders need to avoid the extremes of suffering by tending to an uneasy equilibrium.

Different people worry about different risks: recession, public and mental health, war, pollution, employment, and so on. Whatever steps are taken to deal with COVID-19, some people will find them a gross overreaction, others will argue they do not go far enough, and still others will just shrug it off. As social scientist John Adams explains in his influential book Risk such differences form a pattern across ’cultural tribes’.  Based on the beliefs and primary values considered to be at risk from COVID-19, we can expect the following four cultural tribes to assert themselves.

This group believe nature to be benign, predictable and forgiving to humans. For them, it is our economies that are fragile and require protection from intervention. The management style associated with this narrative is laissez-faire. Both the UK and US governments considered minimal intervention first while building herd immunity. Such an approach would have largely left businesses and the economy open, requiring only the vulnerable to self-isolate. At the heart of such an approach is consideration for the economy in addition to other ideas such as self-correcting markets, individual autonomy and self-reliance as the main values at risk.

They believe nature to be fragile and unforgiving, and the economy to be robust enough to enable the application of the precautionary principle, protecting the public from harm in the face of a looming danger, in this case, COVID-19. Egalitarian values were finally upheld over individualist objections when several countries switched into a rescue-at-all-cost mode in the face of a swift-moving, incurable disease that threatened primarily those that were already vulnerable.

This group’s belief are a combination of the first two narratives, moderated by science. Within limits, nature can be relied upon to behave predictably. The nature of this response is interventionist and relies on cost-benefit analyses as far as applicable. In the UK and the USA, the first quantification of the cost to human lives of a laissez-faire approach was a shock. The oft-cited Imperial College study recommended an alternative strategy of suppression, introduced gradually, with multiple waves of restrictions taking hold.

There are those who feel that nature, including this pandemic, is largely beyond human control. They see themselves as hostage to the outcomes of the policy changes emerging from the discourse among the other three cultural tribes. However, they cannot simply be overlooked. Overcoming the apathy and devil-may-care passivity of this group is a major policy challenge: a crucial task for both interventionists and egalitarians.

Understanding must move with the flow of the process

One good way to think of responses to the Covid-19 crisis, then, is as the continuous interaction and dialogue between these cultural tribes. It is a process we need to understand and manage on its own terms, rather than just letting it happen and waiting to see who wins. It would be naïve and dangerous to dismiss any of these cultural tribes and their viewpoints. In fact, each tribe tends to crystallize a coherent viewpoint that is neither totally right nor totally wrong. Their interaction therefore should help shape the definition of the overall problem of crisis response—that is, which values are we most anxious to preserve and which are we therefore willing to – temporarily –sacrifice.

So, what do we do about this divergence of opinion? We need established, legitimate processes that can harness the inherent conflict between these different cultural narratives in any given society or organisation. We need to be able to argue it out constructively to make sure we are aware of the various primary risks we face, and then be able to decide collectively which  to  manage now, and which to set aside temporarily.

One aspect of such a process is to wipe the slate clean after each stage of policy contest; for example, as we transition from a primary emphasis on saving lives to a primary emphasis on saving livelihoods. The chance to put up with something objectionable for a while but then reset the debate at a subsequent stage avoids alienating significant constituencies and helps the society or organisation maintain a set of irreducibly conflicting values over time. That is, value pluralism may be suspended but not permanently rejected.

Temporary compromises allow for adaptation.  Leaders can make new decisions based on increased learning, developing situational awareness and ongoing research. Put another way, it allows for a kind of continuous improvement, driven by reflection and switching between important, if conflicting perspectives.

For example, if (having mobilised the precautionary principle of the egalitarians) we start by trying to save all the lives we can, we cannot be economically efficient at the same time. Saving lives means separation and that means millions of businesses shutting down, some of which will never recover. This brings about a deterioration in other areas of public health, which the other cultural tribes (the individualists and the interventionists) are highlighting with increasing urgency. Therefore, we also need to invest right away in research and development and in extra-rapid innovation, while at the same time maintaining at least a temporary alliance with the other cultural tribes, whose point of view on which values are at risk will be more to the point later.

We must recognise that the elevation of certain risks is always a political and contested issue. We therefore need inclusive leadership that can manage the tensions when one cultural tribe forces a risk onto the agenda and others into a different ranking. Leaders must foster a genuine dialogue among opposing value advocates, before making temporary compromises. Their public obligation is to avoid the extremes of suffering by tending to an uneasy equilibrium. In his essay The Pursuit of the Ideal, the philosopher Isaiah Berlin argued this approach might be ‘a little dull as a solution’, but he insisted it was the ‘precondition for decent societies’.

Criticisms of governmental responses to Covid-19 are cheap and plentiful although sometimes more than justified. But we should be wary of treating this as a failure of normal risk management blueprints. Cultural theory teaches us that no society has the resources and attention to anticipate and be prepared for all crises. The wealth we can now lay up for the future is the capacity to build resilience and understand the irreducible plurality of values that we must maintain. 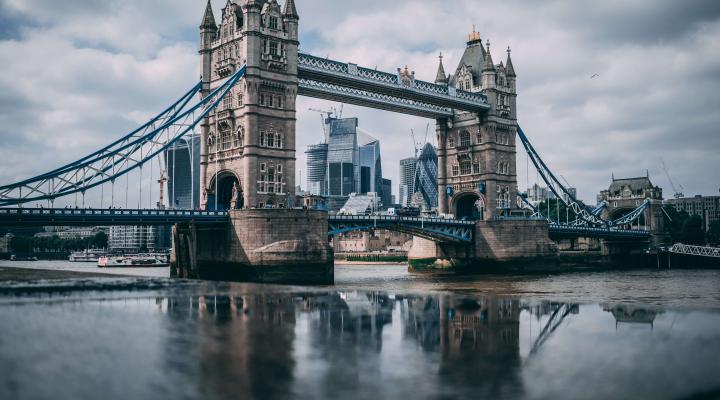 Five questions that boards should ask about purpose 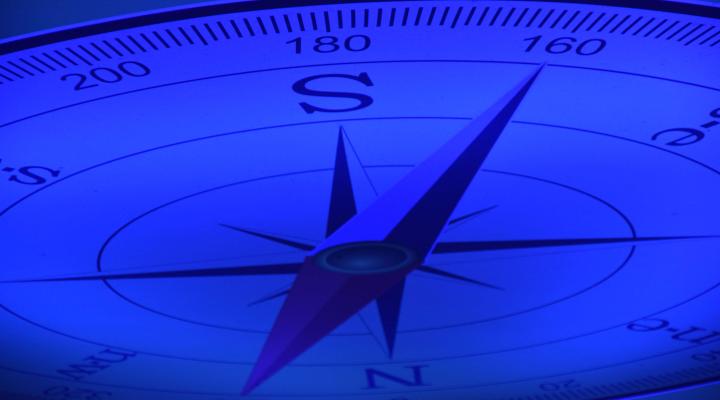 Covid-19 is a call to action for family business 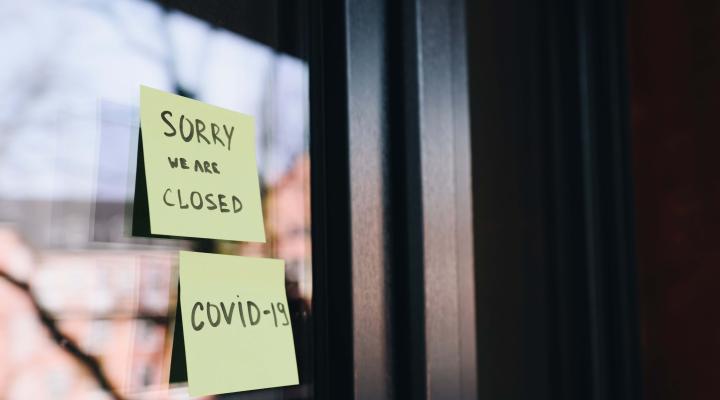 Blog
Bridget Kustin, Mary Johnstone-Louis
Covid-19 is a call to action for family business
Back to top